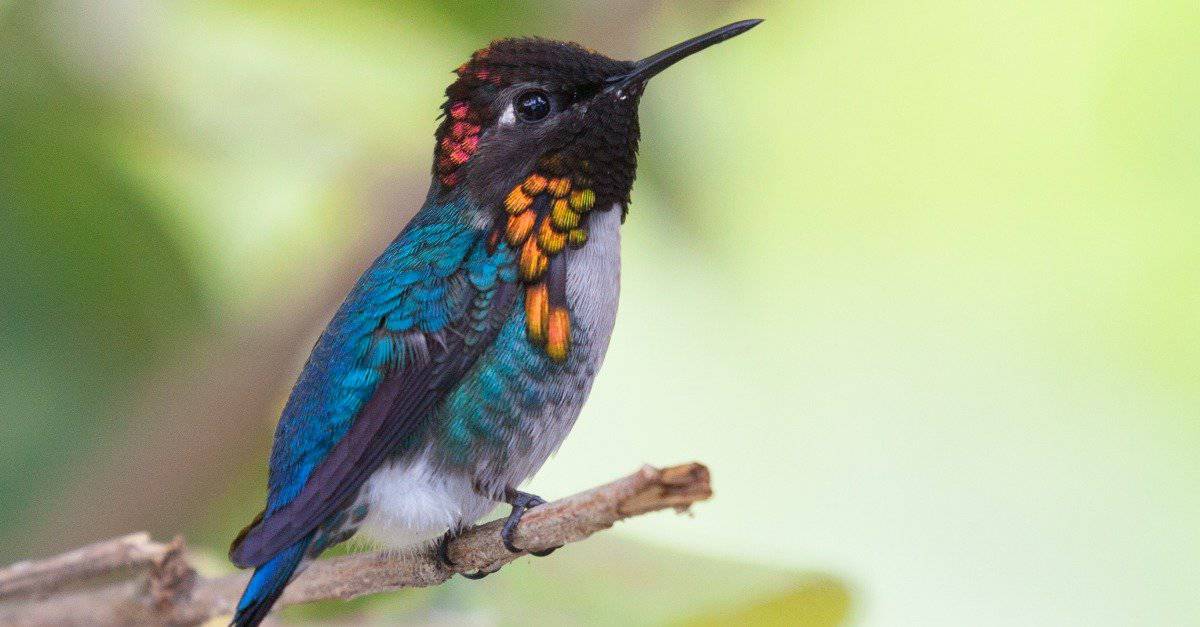 Hummingbirds are among the smallest birds in North America, and they are known for being small, beautiful, and fast. After all, they can beat their wings up to 80 times a minute! Like many other creatures in the animal kingdom, hummingbirds are sexually dimorphic, so there are differences between males and females of the species. Take a look at the unique qualities of male vs female hummingbirds and see how you can learn to tell them apart quickly and easily! 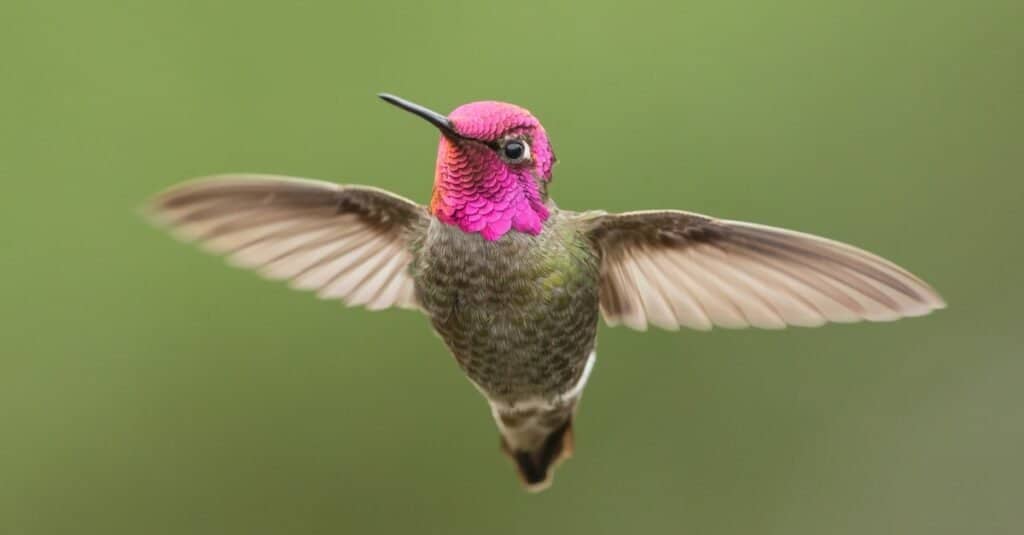 Lastly, male hummingbirds have brightly colored areas on their chest called gorgets. These gorgets integrate the brightest colors of the hummingbird’s feathers, and they are used to attract females. These are the greatest differences between male and female hummingbirds, and we’re going to explore them in more depth.

Male hummingbirds are smaller than female hummingbirds. Neither the males nor the females of this species get very large, though. Both males and females range between minuscule weights of 0.07oz to 0.7oz and only grow between 2 inches and 8 inches tall.

That being said, the female hummingbirds tend to be slightly larger than males because they have to produce and lay eggs, and that requires a bigger body. Thus, female hummingbirds are the larger of the two. Still, you probably won’t be able to differentiate between a male and female hummingbird just by looking at their size; they’re much too small for that. 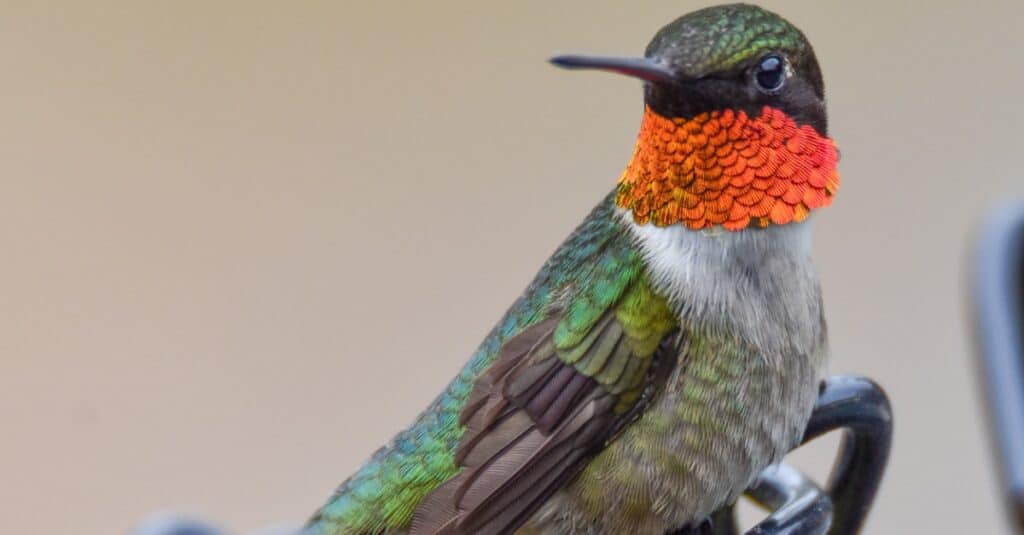 The orange pattern on the bird’s throat is called a gorget, and they are attributed to males.

Male hummingbirds use their gorgets in an attempt to attract female hummingbirds for courtship. These birds will have gorgets that vary in terms of color and the brightness of the flowers. The birds that have the brightest gorgets are often the ones that are chosen for mating.

Interestingly, this patch of feathers has an iridescent sheen to it, making the feathers stand out from the rest of their body even more. If you see a hummingbird with a brightly colored throat, then it’s most likely a male.

Sometimes, the color of the gorget doesn’t end at the throat. It can extend to the birds’ head and wrap almost all the way around the eyes.

Males have bright colors and females have dull colors. Male feathers may integrate a variety of bright colors including red, pink, and even the color purple. These colors are meant to catch the eye of a female hummingbird when the time comes to breed.

Although males have bright colors in their feathers, females do not. It’s believed that females try to keep a low profile to hide from predators since they are the ones tasked with nesting and incubating their young. Thus, common colors on female hummingbirds include white, brown, and dark green.

If you see a bird with a lot of bright colorings, especially on the neck and face, then you’re probably looking at a male!

Female hummingbirds build their nests and raise their babies alone

That is not the only difference in behavior between these two birds, though. Males will perform courtship displays that include complex vocalizations and flying techniques while showing off their colors. Male hummingbirds also do not mate for life; they leave the female after mating.

Females do the nesting along, and they are not afraid to defend the nests against larger creatures. Hummingbirds will even attempt to hurt humans if they get too close to their nests, but they are usually just trying to get you to leave.

Thus, if you see a hummingbird defending a nest of baby hummingbirds, then it’s probably a female.

Many differences exist between male and female hummingbirds. The easiest way to tell them apart from one another is by looking at their colors and gorgets. Other than that, behaviors provide some clues that can be evaluated with the other available information to clue you into their sex. However, size is neither a simple nor a reliable way for someone to tell if these animals are male or female from a distance.

Many species of hummingbirds migrate, and they do so alone. The distance they travel depends on where they are living.

How Many Eggs Do Hummingbirds Lay?

Most of the time, hummingbirds only lay two eggs at a time. However, a female hummingbird can lay many eggs throughout her lifetime.

Are Hummingbirds Herbivorous, Carnivorous, or Omnivorous?

Hummingbirds are omnivorous birds. Although they are most often seen eating nectar or commercial foods that humans put out for them, hummingbirds will eat insects, spiders, and more. Interestingly, hummingbirds do not like to compete for food, so they will avoid flowers that have bees in or around them.